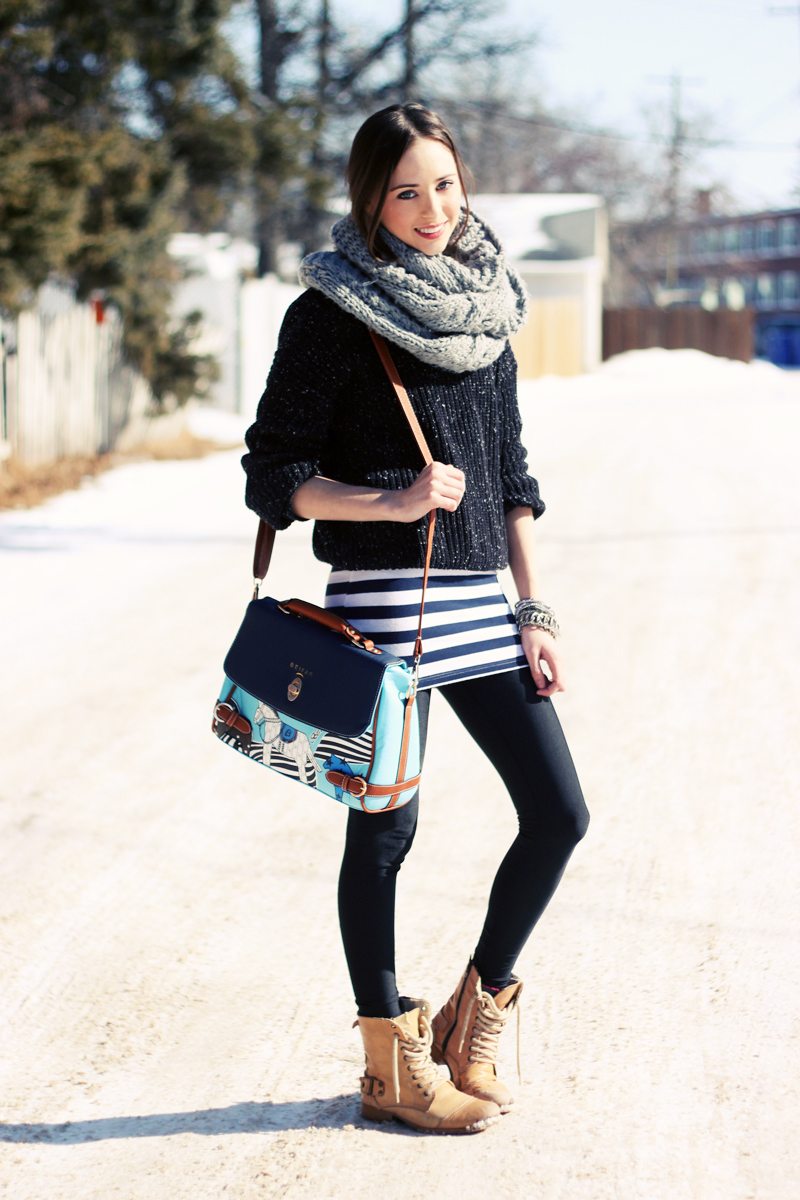 Hello all! 🙂 Just showing off my new bag. I don’t know why I love it so much, My bestie Tamasine thinks I’m crazy, but I just think it’s the coolest thing ever, lol 😛 What do you guys think?

In terms of life, it has gotten SO much better. I still don’t have a group of friends, but I’ve resided with the fact that I probably won’t whilst I’m here. I mean, I know quite a few people here now and really like ’em all, but it just won’t be the same as England and my girls! (See this post) It seems everyone I meet has had the same group of friends since they were tiny and it’s near impossible to compete with that. It’s so different in England because everyone my age has moved away from home (ie away from bloody school!) and been forced to make new friends at uni etc, so it’s a heck of a lot easier. Plus the only reason I’m even in Winnipeg is because of the boyfriend and I’m moving back in September, so whatever!

To get to the point, lol, the reason I’m happier is because I now really like my job :O! Never thought I’d see the day. haha. I’m a visual merchandiser for American Apparel, which means I style and dress mannequins and design wall displays, which is really fun. I write my own schedule too! 🙂

is a non-profit organization, developing advanced technologies to rid the world’s oceans of plastic. By utilizing ocean currents their passive drifting systems are estimated to clean up half the Great Pacific Garbage Patch in 5 years’ time. Find out more.